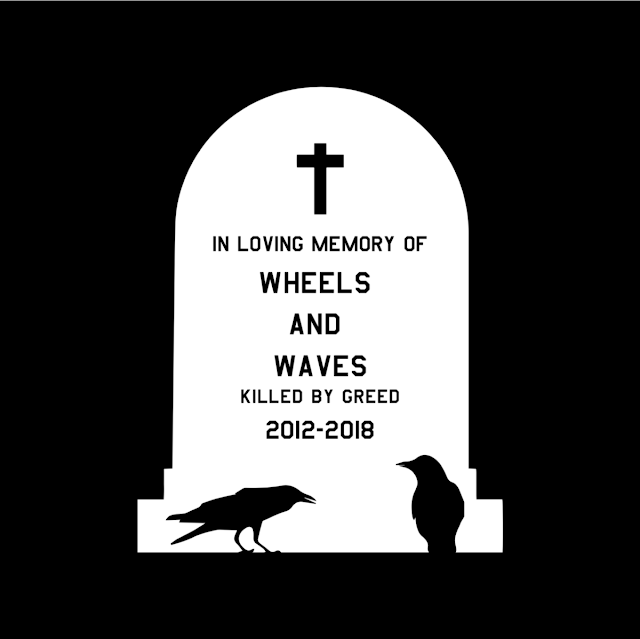 We all knew this day would come, but we are too naive to have imagined death would come from within.


Wheels & Waves, well not exactly… The embryo of Wheels & Waves, changed our lifes. Val and myself rode on the bike for seven straight tanks to meet the Southsiders, as my inner voice whispered that I was on the right track. That trip was sort of an epiphany for us as we were just about to quit our previous life and embark in a no return trip to our moto-life. It was April 2011, and we had barely twenty old bikes and a bunch of good lads willing to ride fast. For us motorcycles are important, but only part of a bigger picture. In that picture are family, friends, dreams, commitment, road trips, racing, big meals and late nights. The good life. That weekend, we saw the stars align and met some dangerous men that thought alike. Cheeky dreamers in their forties and fifties that dared to dream of a better, fulfilled, existence with their eyes open, at daylight! Preparing the path with a clear vision in mind so that with hard work and a hint of luck we could maybe be proud one day.


This is an excerpt from an article I wrote for a Wheels and Waves special – 5 years ago – and still today wouldn’t change a word. Under the name Barbarians At The Gate, (You can read it HERE), it tried to asses the environmental challenges W&W was facing, growing up from an underground cultural happening into a global movement.


As most of you know, El Solitario has always been present at the helm of the decision making of W&W, but all times as an outside confidant. We had a – de facto – agreement in which we committed ourselves to help develop and promote the event as if it was our own. In exchange we were granted the EXTRA VIP DO WHATEVER THE FUCK YOU WANT PASS; before; during; and after the festival. Let El Solitario do whatever the fuck it wants, its always the price to pay if you want to run with the wolves. But lately routine and tensions in the direction of the event made us start having less fun. Paramount was the entrance of a new partner in the organization that knew nothing about the ethos of this cultural meeting of the motorcycle minds. The newcomer, J.A., (Now AKA ‘The President of W&W), was not known to be good at anything but rapidly picked his side and started bidding on the fight.  The tactic was an easy pick, dīvide et imperā. A Napoleonic history lesson he knew well.


I burn when I recall the long drives, the many flights and the days and late nights our family has invested to maintain the peace in the heart of the organization of the festival. It infuriates me when I think about the thousands of hours of work we’ve put on making W&W the phenomenon it is now, free of charge, blinded by the thought that it had to be done as the event was a gift of love, therefore worth fighting for.


Mr. President, not only you ripped us off, (At least all those that believed in W&W as a forum to unite wills, and express ourselves, and not as a societal ladder or a money machine!), but not content with your new boots, you’ve showed an outrageous lack of moral the moment you’ve erupted with a bunch of lawyers into – W&W’s founder – Vincent Prat’s house and sack, in the most uncanny way one could imagine, his LIFE. You and your lies have poisoned the hopes of a better moto world the wolves had, and forced us to grow up, even if we were already aware that this is just a trap. Mr. President, because of this and the menacing letter you had the nerve to address to us – 6 months after the coup d’etat – inviting El Solitario to continue attending W&W like nothing had changed, but threatening to take actions against us if we decided to go our own way, we will never support this new, spiritless, fake, (and to all effects for the wolves, DEAD!), W&W you’re about to throw.